What Issues Will Chemical Producers Need to Address in 2020?

New Report Highlights Success of Chemical Industry in the GCC

The Pulse of the Chemical Industry Report was released by the Gulf Petrochemicals and Chemicals Association (GPCA) at its 14th Annual GPCA Forum, which was held in December 2019 in Dubai. The report showcases the success of the chemical industry in the Gulf Cooperation Council, including chemical production, sales, investments, job creation, and exports.

This theme of this year’s forum was “Winning Through Strategic Partnerships,” and it included a line-up of prestigious industry speakers, including Minister of Oil and Gas in Oman, Dr. Mohammed bin Hamad Al Rumhi, along with other industry leaders.
Click here to visit the official website visit 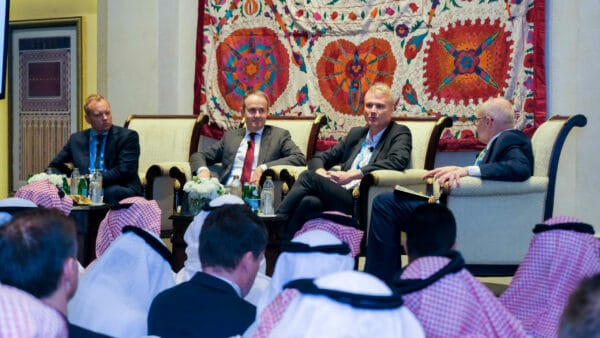 Factors in the Success of the GCC Chemical Industry

Secretary-General of the GPCA, Dr. Abdulwahab Al-Sadoun, attributes the success of the chemical industry in the GCC to portfolio diversification, job creation, and constantly striving to achieve more. He also said that the governments that support development in the non-oil sector have done a great service to the industry, supporting economic diversification and new streams of revenue.

Oman, Saudi Arabia, and the UAE have all played a role in encouraging diversification, and employment in the chemical industry increased by 157,000 in 2018, with the UAE as the second-largest employer in the region.

Saudi Arabia, considered the region’s powerhouse, maintained its position as one of the top 10 global exporters of chemicals. In 2018, Saudi Arabia’s chemical industry generated $62 billion in revenue, accounting for nearly 80% of the region’s total. Saudi Arabia exported as many as 126 different products for a total quantity of 119.2 million tons, making it a leader in diversification.

The UAE also had a good run, with revenue trends jumping by 28.4%. Specifically, the petrochemicals sector experienced a speedy development of 77% of its production capacity between 2008 and 2018. The chemical output in the UAE was 14.5 million tons, with basic chemicals accounting for only one-third of the output, a testament to the success of diversification.

Bahrain was not to be left out of the report. Its chemical sector experienced the most revenue growth in 2018, 39%, which was mainly attributed to increased profits from fertilizer products. The country’s production capacity hit 1.4 million tons and earned a total revenue of $327 million.

Kuwait came in second for chemical growth at 32%, attributed to industrial expansion as one of Kuwait’s major economic growth strategies.