New Report Highlights Success of Chemical Industry in the GCC

Britain’s upcoming departure from the European Union has caused global uncertainty on such a high level that even the German BASF Group is suffering from it. Though it is the largest chemical producer in the world, BASF recently reported that it experienced a decline in profitability and sales in its third quarter. Specifically, it had a year-on-year decrease of two percent (from 17 billion euros to 15.2 billion). Earnings before interest and taxes (EBIT) before special items also fell by 24 percent, and earnings before interest, taxes, depreciation, and amortization (EBITDA) before special items decreased by eight percent.

On a positive note, the company’s year-on-year third-quarter EBITDA after special items increased slightly, reaching 2.3 billion euros and up from 2.2 billion euros in 2018.

Martin Brudermüller, the chairman of the Board of Executive Directors of BASF SE, said that the current geopolitical conditions pose a challenge to BASF. This includes both the impending Brexit and the current trade conflict between the United States and China.

He added: “As expected, isocyanate prices declined considerably. In addition, there were scheduled turnarounds at the steam crackers and falling margins for cracker products. These factors had a significant negative impact on earnings in the two segments.”

Given the global geopolitical and economic issues, BASF is not the only one suffering, rather the economies of many countries have been negatively affected as well.

Brudermüller noted that while BASF certainly has no control over world events, it can do its best to address internal issues. “It is not within our power to change the unfavorable underlying conditions. However, we know exactly what we have to address within BASF and we are working on this with speed and determination.”

According to Brudermüller, this means a systematic reshaping of the company’s priorities, which includes focusing more on customer service, streamlining administration, and simplifying procedures and processes. The company has already completed an organizational restructuring and has reassigned approximately 20,000 employees to individual businesses in a move toward decentralization.

Outlook for the Remainder of 2019

Despite the efforts of BASF to address current internal issues, the company still expects a small decrease in sales in the rest of 2019 and a 30 percent plummet in EBIT for the entire year.

BASF Group was founded in 1865 by Friedrich Engelhorn in the German-speaking country of Baden for the purpose of producing chemicals for dyes. Today, BASF Group is the largest chemical producer in the world, producing chemicals, plastic, foam, and more. Headquartered in Germany, the company has subsidiaries and partnerships in more than 80 countries. It currently operates six integrated production sites and nearly 400 other production sites across Europe, Asia, North America, South America, Australia, and Africa.

Clamping Down on Non-Recycled Plastic Waste 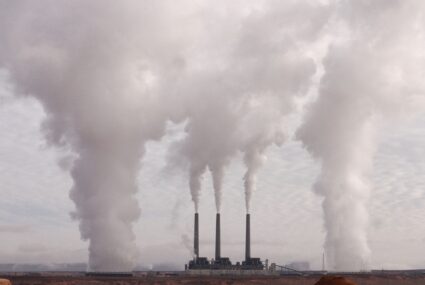